Some of the most memorable buildings on campus date back to the early decades of the 20th century, when the present-day Christian Brothers Academy property was part of the renowned Greentree Stable. When the Academy opened in 1959, enrollment was 142 freshmen students.

As our tradition has grown, so too has enrollment with about 900 total students today. It is imperative that we upgrade campus to accommodate our 21st century CBA community.You can see the projected campus layout below. 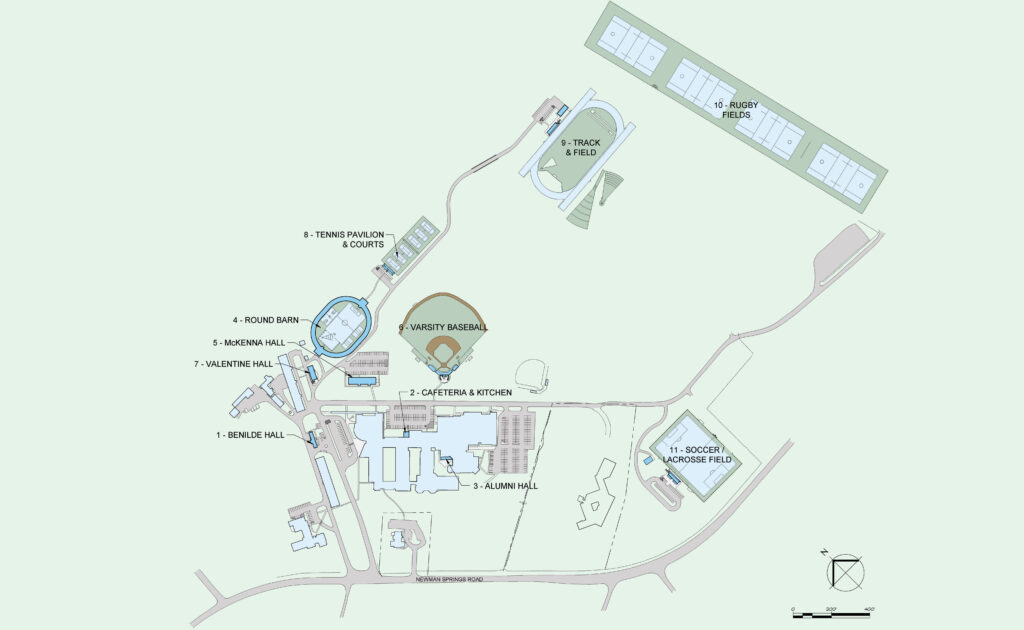 Like many structures on our campus, Benilde Hall is a relic of the campus’ horse farm origins. With a series of makeshift re-configurations, the building has served many different purposes for the Academy in the past 60 years.

Benilde Hall will be rebuilt in the same style as the original farm building, but will now house thoughtfully designed, dedicated suites for the Admissions Office and the Business Office.  Both the Admissions and Business offices have long outgrown their present office space, and their new quarters in Benilde will put them directly opposite the school’s main entrance, the most convenient location for parents and prospective families. 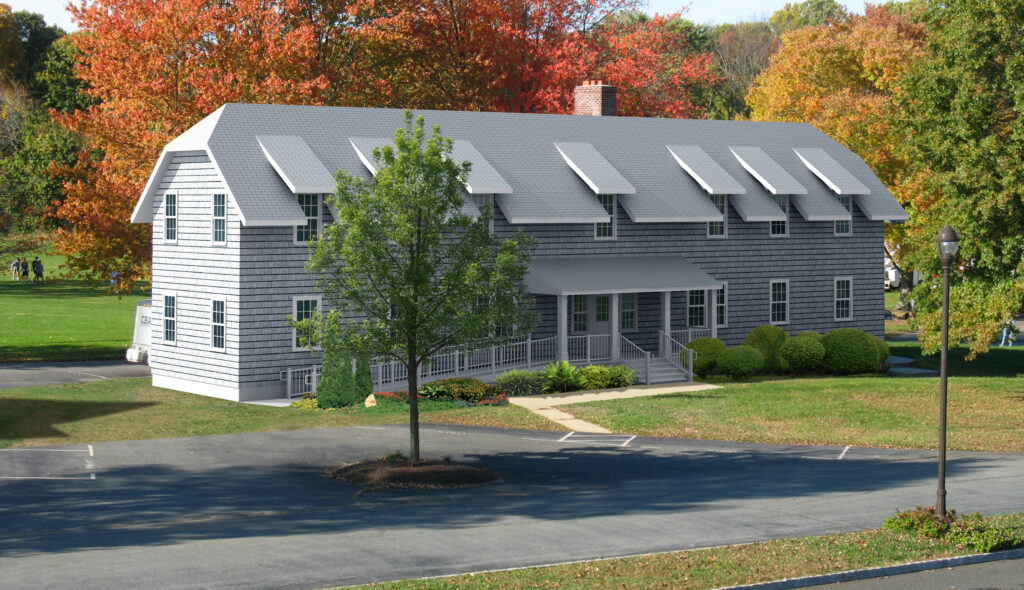 Named for Benildus Romançon, the first Lasallian Christian Brother to be canonized, we intend to replace the structure with a hospitable space for Admissions and Business offices.

Built in 1961, the CBA cafeteria was originally constructed to serve a much smaller population than the school enjoys today. We are excited to announce the expansion and renovation of the cafeteria to become the Brother Frank Byrne Dining Hall. Read more here! 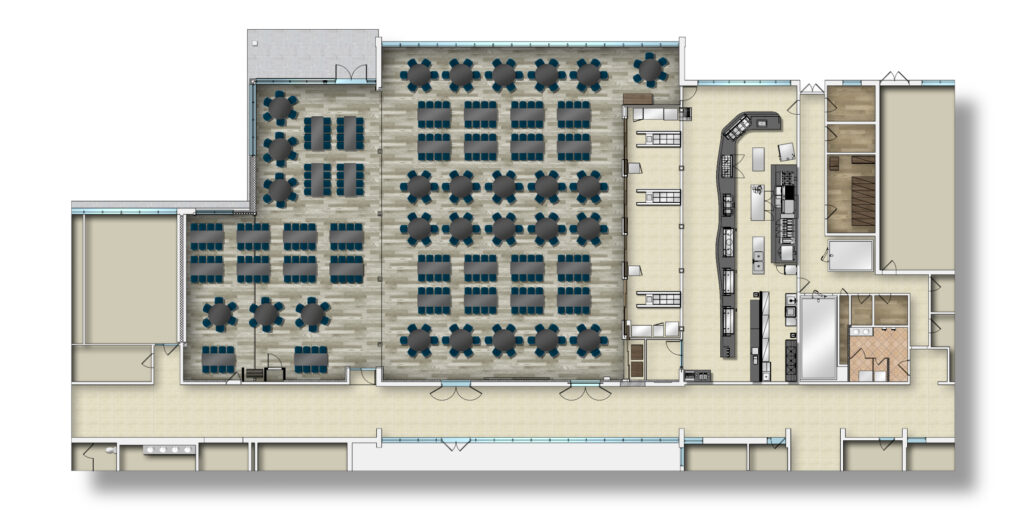 McKenna Hall was originally a barn on the farm that became CBA’s campus. Named in honor of CBA’s first principal, it has served a variety of purposes over the years for CBA’s athletic and extracurricular programs.  Eventually, however, the costs of maintaining the old barn became prohibitive and remodeling the original structure proved uneconomic. The old McKenna Hall has now been demolished, and will be rebuilt to serve the needs of a 21st century college prep curriculum.

The exterior of the new McKenna Hall will look much the old one, but its capacious interior will be designed and equipped as flexible, multi-use academic space that will support a variety of enhancements to CBA’s course offerings and co-curricular programs. 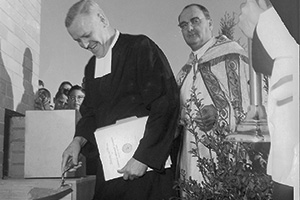 Brother Bernard McKenna, FSC served as Christian Brothers Academy’s first principal and is honored by a hall in his name. 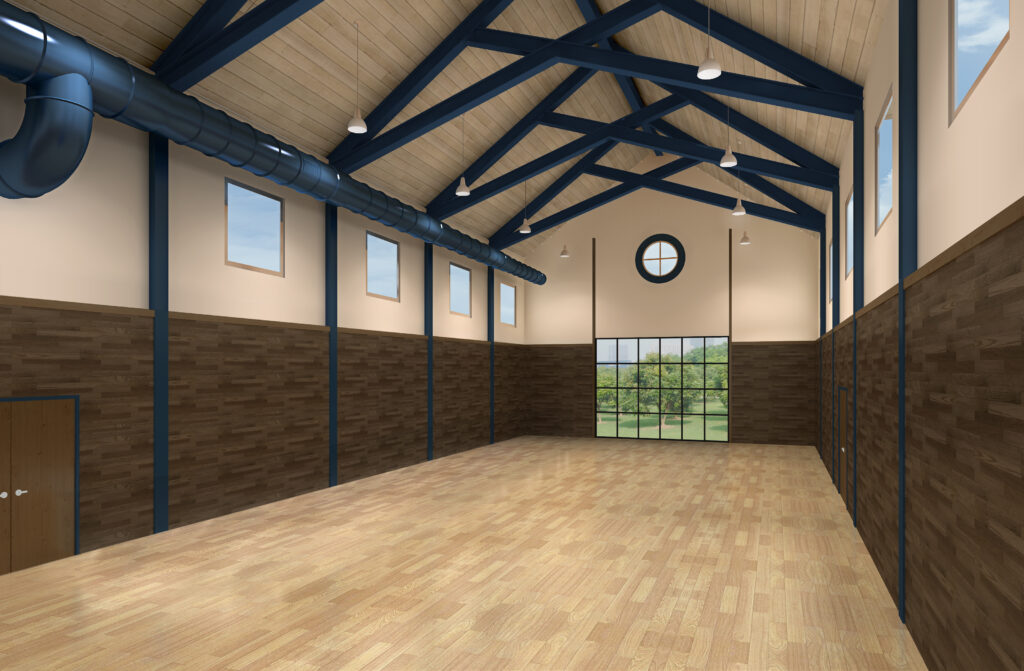